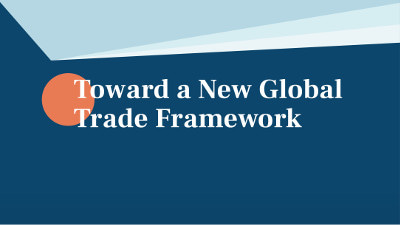 The System Under Pressure

The linchpin of the system is the World Trade Organization, but its three pillars – negotiation, dispute settlement and transparency – are fraying. In response, countries have turned to regional trade agreements to advance their interests, leading to overlap trade regimes and trade diversion that the United States can do little to shape.

Two conflicting economic approaches are putting additional pressure on the system: a Western-led, rules of law-based market-driven model and an authoritarian state-driven model championed by China. The World Trade Organization was not designed to meet the full range of challenges posed by China’s model.

Its rulebook remains out of date and its value as a forum for settling disputes before they escalate is fading. At risk is the global rules-based trading system.

These recommendations should be combined with a proactive trade policy that pursues strategic trade agreements that advance U.S. interests.

More about the
Recommendations